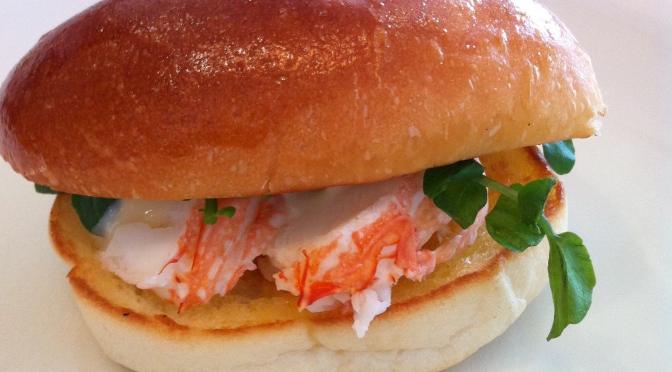 Golden Fields was delightful.  Sunshine was streaming through the windows, into the minimalist and open restaurant when I was there for lunch (which btw, you can book for!).

Started with the infamous “New England lobster roll, hot buttered bun, cold poached crayfish, watercress and Kewpie” which was everything that was promised.  It was light, tasty and perfectly balanced.  My only criticism is that it was tiny, and costly!  I could have easily had 2 more of these puppies. 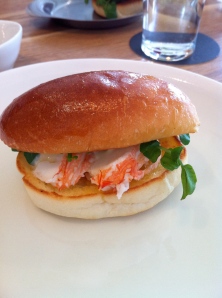 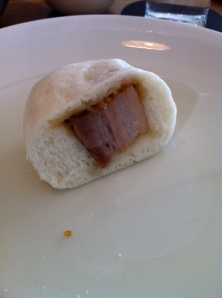 “Crispy skin duck, steamed bread, and plum sauce” was delicious – the duck was crispy and salty, and there’s nothing like constructing your own sandwich of duck meat, hop sin and cucumber.  The steamed bread was not as well done as it could be, there was just something a bit off about them in appearance, but when in my mouth, it tasted awesome! 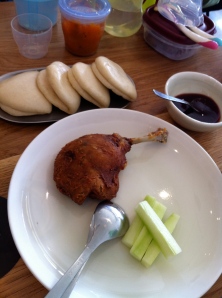 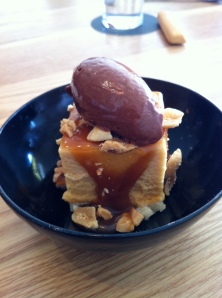 Lunch was great, with the crowds being less evasive then the evening sessions and the food being delicious.  The only thing I wished for was more food!  Definitely going back to have more lobster rolls, and to try other things on the menu!

For more info and reviews on Golden Fields:

5 thoughts on “Golden Fields and the infamous Lobster Roll…”